PERFORMANCE OF CONTRACTUAL OBLIGATIONS IN THE CONDITIONS OF THE COVID-19 PANDEMIC. 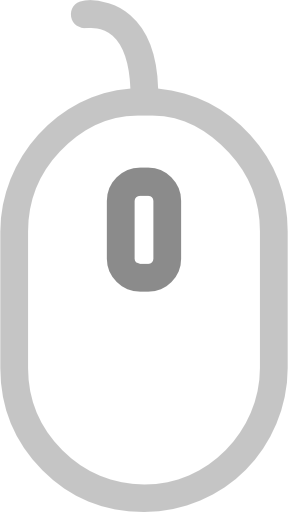 The rapid pace and scale of COVID-19 circulation put on trial a number of countries worldwide. The healthcare and the economic systems are subjected under intense pressure and stress test in the conditions of pandemic. At the beginning of March 2020 the first cases of infected persons with COVID-19 were registered on the territory of the country. This fact necessitated prompt measures to be taken to preserve the health and life of the population and on 13.03.2020, The National Assembly voted on the adoption of the Act on Measures and Actions during the Declared State of Emergency. The law entered into force on 24th of March 2020 with its publication in №28/24.03.2020 of the State Gazette as some of the regulations in this act provide retroactive effect.

Тhe conditions of pandemic make it difficult to the trade turnover and the contractual obligations between persons. Due to the emergence of financial difficulties, the contracting parties remain in late payment or failing to fulfill generally the due payments.

Fundamental rule in contractual obligations is the principle, that agreements must be kept („Pacta sunt servanda“),but in the event of unforeseen circumstances the law allows this principle to be violated by the parties and at the same time, no penalties to be applied to the defaulting party.

Тhe concept of force majeure is set out from the Bulgarian legislator in article 306 of the Commercial Act (CA). Force majeure is an unavoidable, unforeseen or unpredictable event or action of an exceptional nature, in which there is absence of fault liability of the debtor.

So as the contracting party to be able to refer, the institute of force majeure requires the presence of the listed prerequisites in art. 306 of CA- the event that occurred to be unavoidable, unforeseen or unpredictable, and the contract to had been concluded before the occurrence of the event. The legal theory is in favor of opinion, that it is enough for the occurred event to be only irresistible i.e. its occurrence cannot be prevented with the help of science, technical and social progress. Requirement of the law is written notice in appropriate timeframe, from the debtor to the other party, where to be included what the force majeure is and the possible consequences of it for the performance of the contract.

Examples for events, in the occurrence of which party of a contract can refer to the institute of force majeure, are natural events (earthquakes, droughts, floods, thunderstorms, etc.) as well as legislative acts of state bodies, the so-called „fait du prince“.

The virus COVID-19 spread at a very rapid pace worldwide, in the absence of specific and publicly available information, as a result it was necessary promptly and firmly to be taken strict measures for protection of the health of the population and prevention of the economic system. Under the terms of the world pandemic and the state of emergency introduced on the territory of the country, COVID 19 could be defined as an unpredictable and insurmountable event. We can accept that for the individuals- contracting parties, the applicability of the force majeure institute is quite possible because of the parties’ inability to anticipate and overcome the spread of the corona virus.

The institute of “economic intolerance” is regulated in Art. 307 of the Commercial Act, as the institute is applicable in the relations between traders. It is necessary for the party, who wants to refer to this institute, to take into account the following terms:

In the presence of the prerequisites described above, each of the parties to the contract has the opportunity provided by law to refer to economic intolerance with the aim to terminate the contract without an adverse effect on the respective party. The rule in Art. 307 of CA is operative so that the parties can settle their relations as they see fit and depart from this regulation. In the absence of an agreement between the parties, however, the institute of “economic intolerance” finds application. In case the party of the contract has referred to Art. 307 of CA, then the effect is only for the future. Important point in application of the institute of economic intolerance is that the contractor has to bring a court or arbitration to resolve the dispute.

The pandemic is a situation, in which the institute of “force majeure” can definitely apply to. Large part of the tenant-merchants suffers from a lack of financial ability to cover their monthly rents due to a decline in turnover or closure of a shopping center by order of a government agency. With Оrder № РД-01-124/13.03.2020 The Minister of Health has ordered the suspending of establishments that are associated with bringing large numbers of people together in one place. On the other hand, the tenant’s obligation is monetary and accordingly he has no reason to refer to the institute of “force majeure”, since money is a generic objects and they can not perish. In view of the above, it can be concluded that the tenant cannot be released from his obligation to pay the rental price, referring to the institute of force majeure. In other hand, CA accepts that the performance of the contract may be suspended for the duration of the force majeure. Our advice to tenants of premises, that fall into this hypothesis, is to resolve this issue between the parties in a negotiation process for a possible change in the terms of the lease for the period of emergency. The legislator has enabled state and municipal bodies that have leased state and / or municipal property to reduce or exclude rent payments during the state of emergency. According to Art. 6b of the Act on measures and actions during the state of emergency, announced by a decision of the National Assembly: „Until the cancellation of the state of emergency by decision of the Council of Ministers, ministers, regional governors and heads of other agencies that have leased or used state-owned real estate or municipal councils that leased or used municipal-owned real estate may make decisions, respectively, issue orders to reduce the amount of the rent and use fees or the exemption from their payment in whole or in part by individuals and legal entities – tenants or users who are restricted sought or terminated as a result of measures and restrictions imposed during a state of emergency.” In the case of rental relations, an application is also found in bringing an action under Art. 307 of the Commercial Act, namely the economic intolerance. If, with the change of economic or social relations, the remuneration of the lease contract became inequitable and the parties could not foresee, at the time of the conclusion of the contract, the economic complications occurred, then there are prerequisites for implementing the institute of “economic intolerance” in that perspective is also Resolution No. 240 of 12.09.2013 under trade case No 259/2011 of the Supreme Cassation Court. However, it should be borne in mind that the amendment of a contract in the application of the Institute of Economic Intolerance has a forward effect. It is time consuming to file and pursue such a case and may not be the most appropriate in the current situation.

When the contract for the supply of a particular type of goods/service has been concluded before the force majeure has occurred and the parties have been unable to anticipate and prevent its occurrence, then the performance of the contract may be suspended for the duration of the force majeure. If the interest of the creditor in the performance of the contractcease, he may invalidate it (for example, if the performance needs to happen at a certain point in time). Of course, in this case, in order to invoke one of the parties to the institute of “force majeure”, the prerequisites described in Art. 306 of the Commercial Act must be observed. Relations in the performance of a contract of carriage may also be affected by a force majeure event. When the carriage of goods is impeded, not through the fault of the carrier and he has failed to foresee the impediment (natural disaster or deterrent act of a public authority), the performance of the contract of carriage may be suspended and the usual consequences for breach of the duty or interest shall not occur. The contract carrier has the opportunity provided by the legislator to use the institute of “force majeure” on the grounds of art. 373, para 1 of the Commercial Act in conjunction with Art. 306 of the same act. In the conditions of international carriage of goods, it is also provided for the possibility of excluding the liability of the carrier on the basis of the provision of Art. 17, para. 2 of the Convention on the Contract for the International Carriage of Goods by Road (CMR).

In the current situation of declared state of emergency in the conditions of COVID-19 proliferation, it is quite possible to apply the institute of “force majeure” to both types of contracts described above. It is necessary to prove the existence of the preconditions under Art. 306 of the Commercial Act in order to exempt the debtor of the responsibility for performance of the contract.

The COVID-19 virus has been able to affect all areas of the economy, including some of the most serious damage to tourism. Closing borders and restricting freedom of movement affect the tourism industry at all.

In the present case, the tourist service company was objectively unable to anticipate the occurrence of a pandemic and could not have been prevented. We can accept that there is a force majeure situation and the concluded tourist services contracts will not be able to be fulfilled during the force majeure period. With the Act on Amendment and Supplementation of the Act on Measures and Actions during the State of Emergency, promulgated in the State Gazette No. 34 of 09.04.20, the legislator adopted the following: “А tour operator, who has to repay an amount from a traveler for a tourism trip, when it was canceled because of a declared state of emergency, may offer the traveler a voucher for the amount paid. If the traveler does not accept the voucher and, in the absence of another replacement package agreement, between the tour operator and the traveler, the tour operator shall reimburse no later than one month from the date of the cancellation of the emergency any payments received by the traveler or on his behalf“.

In conclusion, it should be noted that the content of this article is in line with current legislation, which, given the country’s unusual situation, is rather dynamic. The same will be supplemented by a subsequent amendment of the legislation.

The article aims to provide some clarity on the implementation of certain contractual relations during the state of emergency, introduced in the context of a global pandemic, as well as some applicable institutions of law.

In case you need legal advice on a specific case, related to the current situation, you can contact lawyer Tsvetelina Angelova at e-mail: angelova@angelova–law.com